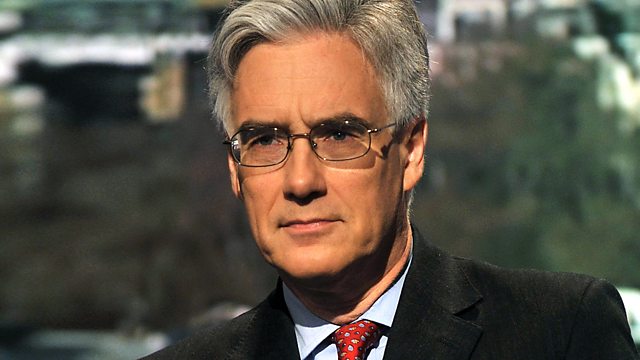 Peston and the Money Men
Episode 4 of 4

Adair Turner, Chairman of the Financial Services Authority, offers his insight into why the regulations that were in place to govern the financial system didn't work.

As the first anniversary of global financial meltdown approaches, the BBC's business editor Robert Peston talks to four key individuals who were in the eye of the storm. Why did they fail to see the warning signs of economic catastrophe and what are the long term consequences?

If Adair Turner had been in his present job, as Chairman of the Financial Services Authority, in the run-up to the banking crisis, would he have seen it coming? Candidly, he says he is not sure that he would. Appointed in 2008, it is now his job to help restore trust in the financial system. He offers his insight into why the regulations that were in place didn't work and predicts the consequences of the economic downturn for Britain.

See all episodes from Peston and the Money Men