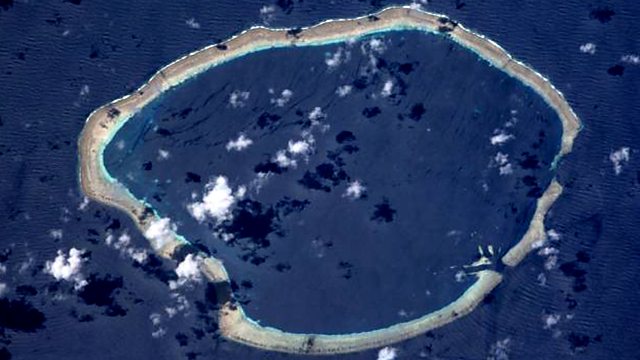 Dan Box attempts to reach the Carteret Islands where a mass evacuation is taking place as the sea level rises. From 2009.

In 2009 Dan Box was awarded the Royal Geographical Society (in association with the BBC) prize for the most enterprising dream travel idea.

The Anglo-Australian journalist's Journey of a Lifetime is a visit to the remote South Pacific coral atoll group known as the Carteret Islands, part of Papua New Guinea. But these low-lying islands rise barely a metre above the level of the surrounding ocean.

Rising sea levels are threatening Carteret Islanders due to the threat of King Tides and global warming. The previous winter's great storm resulted in the islands being badly flooded, with their productive soil rendered useless by the salt in the water.

This left the locals with no way of growing crops in their plots, or 'gardens' so local authorities started a process of mass evacuation. Eventually thousands of men, women and children will be resettled in the neighbouring island community of Bougainville.

Dan Box was determined to watch the world's first organised exodus as a result of climate change as it got underway. But first he had to negotiate the tricky journey - diplomatic as well as physical - that would take him to these tiny spikes of coral amid the vastness of the Pacific Ocean.