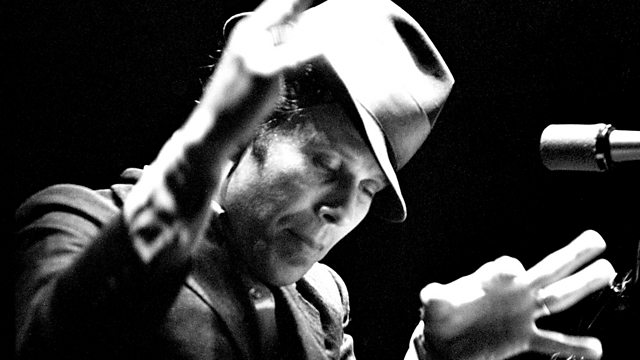 The Heart of Saturday Night
Episode 2 of 3

By Willy Vlautin. Back at his old bar, a man wonders why locals avoid talk of his dead wife. Stories inspired by Tom Waits' music. Read by Ed Stoppard.

Ed Stoppard reads the next in the series of stories inspired by the distinctive world created by the legendary musician Tom Waits - a sleazy world peopled by down-at-heel characters on the edge of society, or outcasts and deadbeats singing of loss and longing. In US author Willy Vlautin's story, a small-town forklift truck-driver returns to his old neighbourhood and the bar he used to drink in before his breakdown. All the characters are still there, but he can't help but notice how they all do their best to avoid mentioning his dead wife Muriel.

The reader is Ed Stoppard.

The Author: US novelist and singer/songwriter Willy Vlautin grew up in Reno, Nevada. His first novel, The Motel Life, was published by Faber & Faber in 2006. He is also the songwriter and vocalist for the internationally acclaimed band, Richmond Fontaine, whose album The Fitzgerald (2005) was described by Q magazine as 'the most beautiful sad album of the year'.

Come On Up to the House

See all episodes from The Heart of Saturday Night