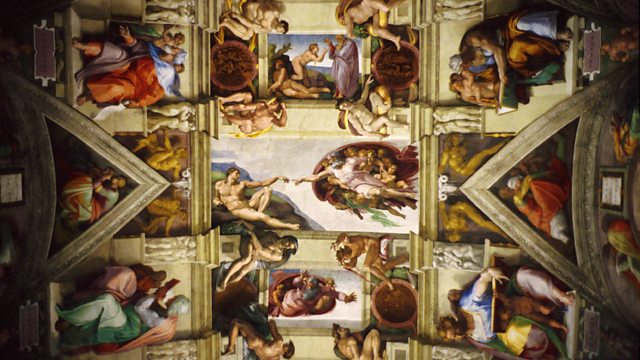 An exploration of the impact of Allegri's 17th-century music, originally sung in the Vatican's Sistine Chapel. From September 2009.

Allegri wrote the chord sequence for his Miserere in the 1630s for use in the Sistine Chapel during Holy Week.

It then went through the hands of a 12-year-old Mozart, Mendelssohn and Liszt until it finally reached England in the early 20th century and got fixed into the version we know today.

The soaring soprano line that hits the famous top C and never fails to thrill has become a firm favourite for concert audiences around the world.

Textile designer Kaffe Fassett, writer Sarah Manguso and conductor Roy Goodman explain how they have all been deeply affected by this beautiful piece of music.