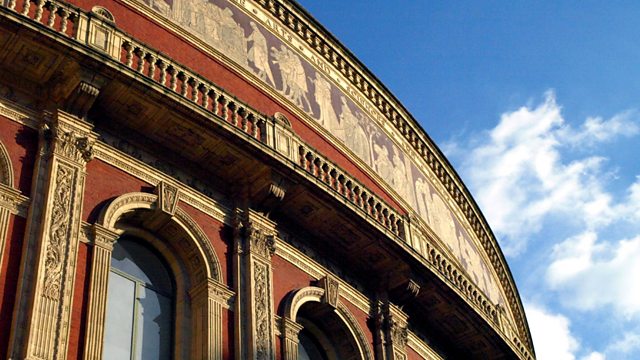 The Netherlands Wind Ensemble marks the birthday of Louis Andriessen and performs his music alongside two of his pupils - Englishman Steve Martland and Dutchman Cornelis de Bondt.

From the Royal Albert Hall, London. Presented by Tom Service.

A high-intensity Prom featuring some of the world's best wind players, including the Netherlands Wind Ensemble, who celebrates the music of iconoclastic Dutch composer Louis Andriessen's with his minimalist masterpiece De Staat (The State). It is preceded by a work from Andriessen's English pupil Steve Martland, written for the last big Purcell anniversary in 1995.

The concert ends with Doors Closed, a belated London premiere of a 1980s classic by a leading Dutch pupil of Andriessen's, Cornelis de Bondt. It is a musical ritual of death superimposing the funeral march from Beethoven's Eroica Symphony on the famous Lament from Purcell's Dido and Aeneas.