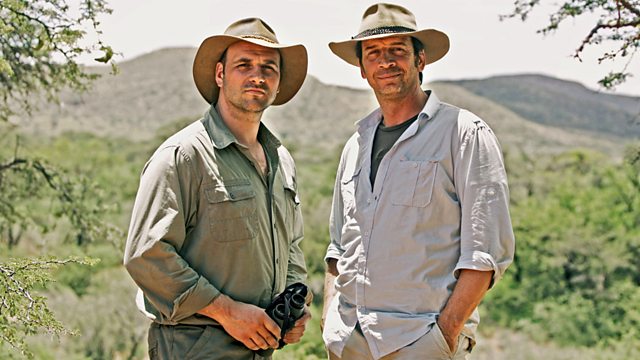 Nick Knowles presents as the budding wildlife film-makers face two big shocks in their bid to win a job at the BBC's prestigious Natural History Unit.

The budding wildlife film-makers face two big shocks in their bid to win a job at the BBC's prestigious Natural History Unit. They arrive at Mzima Springs in Kenya, which with its crystal clear water is normally the best place in the world to film hippos and crocodiles. Their plans must change when the scale of the drought in the area means that hippos are beginning to starve and die before their eyes. Not only that, their campsite is hit by a terrifying dust devil.

Presenter Nick Knowles and series expert James Honeyborne are joined by multi award-winning wildlife film-maker Vicky Stone. She has spent years documenting the animals here, and discovers the harrowing story unfolding at the Springs. The lack of rain over the last three years in this part of Kenya has left the grass that hippos graze on in short supply.

There are tell-tale signs of the unfolding crisis, and an expert's eye would spot the changes in animal behaviour, but will the competitors realise the extraordinary story which is happening all around them?

Hippos and crocodiles are some of the most dangerous animals in Africa so the teams are given specialist filming equipment to help get them close to the action, including a 'croc coffin.'

As usual James Honeyborne has a tough task deciding who has done enough to go on to the next part of the competition and who will be sent home.

See all episodes from Wildest Dreams