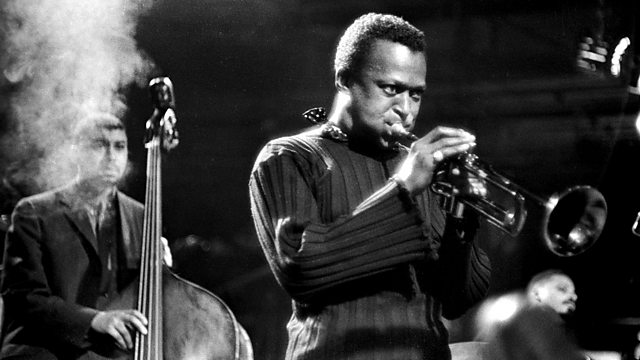 The Secret Kind of Blue

In 1959 Columbia Records released Kind of Blue, the new LP by Miles Davis. It was a new sound for jazz, and the height of cool. Today, Kind of Blue continues to outsell the vast majority of new jazz albums.

It's not just the best-known Miles Davis album, it's one of the most familiar and influential sounds in jazz. But Kind of Blue is not just one of the greatest jazz albums ever made. It transcends genre. You can hear echoes of Kind of Blue in rock and electronica; the work of minimalist composers like Terry Riley and Steve Reich; and even the Godfather of Soul James Brown stole a riff from it for his hit single Cold Sweat. Kind of Blue is also a deeply personal album. With its distinctive mood and atmosphere, it has provided a soundtrack to pivotal times in many listeners' lives.

50 years on, trumpeter Guy Barker explores why Kind Of Blue is such a phenomenon. He discovers how Miles Davis created his masterpiece in just two studio sessions, and with very little preparation. He also finds out how Kind of Blue fits into the musical, cultural and socio-political landscape of the late 1950s. And he hears from the musicians for whom Kind of Blue has been a huge influence on both their music and their lives.

See all clips from The Secret Kind of Blue (2)