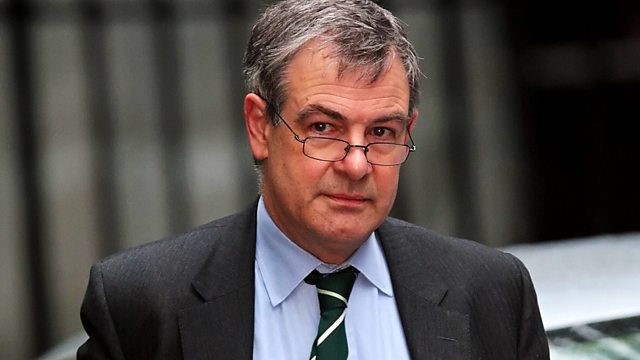 Peston and the Money Men
Episode 1 of 4

Former deputy governor of the Bank of England John Gieve was called on to help form a rescue plan as bank after bank teetered on the brink of collapse.

As the first anniversary of global financial meltdown approaches, the BBC's business editor Robert Peston talks to four key individuals who were in the eye of the storm. Why did they fail to see the warning signs of economic catastrophe and what are the long term consequences?

As a senior civil servant at the home office, John Gieve had been grilled by select committees over prisoner releases and charged with investigating allegations of ministerial impropriety. But if he had hoped for a graceful denouement at the end of his 40-year career, he was out of luck.

Gieve joined the Bank of England in 2006; less than two years later he would be called on to help form a rescue plan as bank after bank teetered on the brink of collapse.

See all episodes from Peston and the Money Men