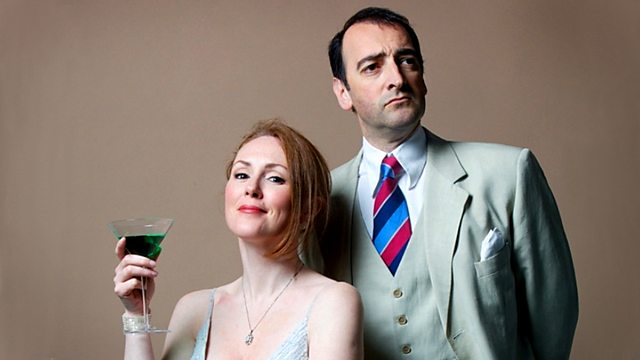 Mark Lawson presents a special edition from the Edinburgh Festival, including an interview with impressionist Alistair McGowan, who is returning to the Fringe after 10 years.

Mark Lawson presents a special edition from the Edinburgh Festival.

Alistair McGowan discusses returning to the Fringe for the first time in 10 years, both as an impressionist depicting the likes of Gordon Brown, Jo Brand, Michael Caine and David Beckham, and as an actor in a tribute to Noel Coward in which he appears with the singer Charlotte Page.

Rona Munro on her play The Last Witch, based on the account of Janet Horne, the last woman to be executed for witchcraft in Scotland.

Will Gompertz has switched his role as director of the Tate Gallery for a stint as a stand-up comedian who gives art lessons.

Bob Golding discusses his role as Eric Morecambe in a new play which charts the late comedian's life.