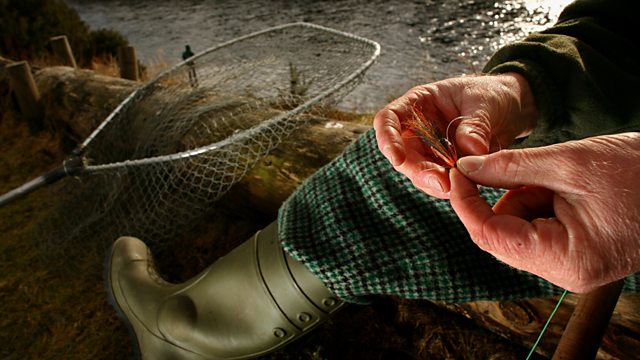 Trouble on the Teifi

Tensions are running high between anglers and canoeists over access rights to Welsh waterways. Matt Baker visits Llandysul in Ceredigion to find out more.

Matt Baker reports on the dispute going on between anglers and canoeists on Welsh rivers.

The River Teifi, almost exactly in the geographical middle of Wales, is set against a backdrop of heather moors and rugged Cambrian mountains. Matt visits the valley town of Llandysul in Ceredigion, which lies along the banks of the river.

The people who use the river are in bitter dispute, because Llandysul is one of the most popular places in Wales both for freshwater angling and for white-water canoeing. The anglers have to pay to fish in the river, and the canoeists want access for free. The canoeists are campaigning to change the law to allow full access to use the river, and the anglers are unhappy about it.

In fact, this is not just an isolated problem - the Welsh Assembly is conducting an inquiry into this issue across all rivers in Wales.