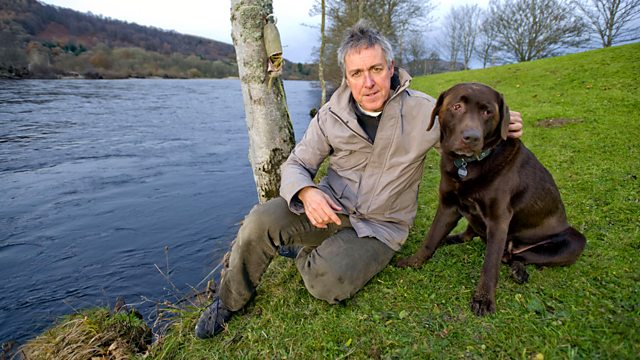 Griff Rhys Jones's exploration of Britain's rivers continues as he travels from Liverpool to the Humber and attempts to swim the almost-freezing Mersey.

Griff Rhys Jones sets out on an adventure to explore how rivers have influenced, nurtured and powered our lives throughout history. From the raging torrents of Scotland to the reflective flatlands of East Anglia, Griff barges, canoes, swims and sails his way along a hidden network which has been the lifeblood of Britain.

Griff's journey continues as he travels from Liverpool to the Humber along Britain's working waterways. He attempts to swim the almost-freezing Mersey, before travelling by barge through the canal network and going underground to help clean up Britain's secret rivers. He is also a guest at Chatsworth, and gets to grips with their unusual plumbing as the water that feeds the toilet hurtles down from a distant reservoir on the estate.

See all episodes from Rivers with Griff Rhys Jones