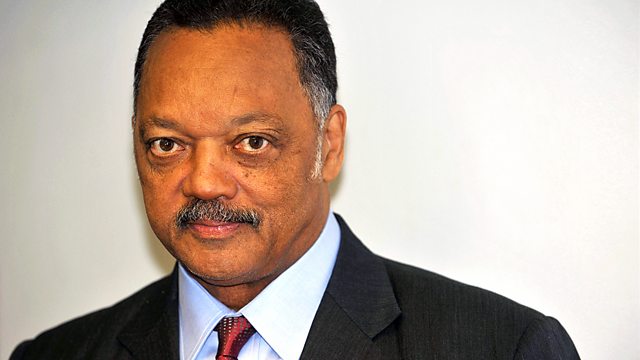 Meeting Myself Coming Back Series 1
Episode 1 of 3

Witness to Martin Luther King's murder, the first African-American to make a significant bid for the US Presidency: Rev Jesse Jackson reflects on his life in sound.

Witness to the murder of Martin Luther King; the first African-American to make a significant bid for the US Presidency: in a new series on BBC Radio 4, the Reverend Jesse Jackson joins presenter John Wilson to reflect on the soundtrack to his life, drawn from a half century of BBC archive.

Being close to Dr King during the troubled years of the 1960s Civil Rights Movement was just one of the formative experiences for the Reverend Jesse Jackson. Here he gets the chance to listen back to his younger self, recall his thoughts at the time, and apply the self-knowledge that comes from distance.

Other episodes in his life include addressing the first black political rally; negotiating with President Saddam Hussein of Iraq over hostages; running twice for President of the USA; witnessing the swearing in of the first black President; and most recently defending one of America's most controversial black icons, Michael Jackson.