BBC Four
How to Be a Composer
Main content 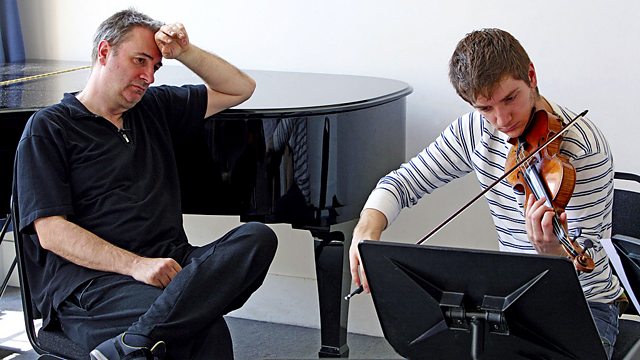 How to Be a Composer
Episode 1 of 2

Journalist and critic Paul Morley joins the composition department as an undergraduate at the Royal Academy of Music, creating music to be played by an ensemble of young virtuosos.

Journalist, critic and self-confessed music addict Paul Morley embarks on a year-long pursuit to the heart of his obsession.

Morley begins a year of intense lessons and tutoring from one the most prestigious music schools in the world, the Royal Academy of Music in London, where he joins the composition department as an undergraduate student.

This is the first time Morley has been back in education since the age of 16, and it is by no means an easy year as he feels his way through his first lessons on rhythm and notation before finally composing his own music for an ensemble of young virtuoso musicians.

See all episodes from How to Be a Composer