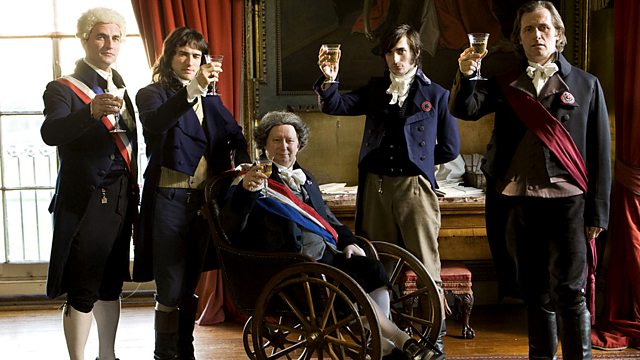 Terror! Robespierre and the French Revolution

Drama-documentary on the 365 days that Robespierre sat on the Committee of Public Safety - known as 'The Terror' - during which the French Republic descended into a bloodbath.

The watchwords of the French Revolution were liberty, equality and fraternity. Maximilien Robespierre believed in them passionately. He was an idealist and a lover of humanity. But during the 365 days that Robespierre sat on the Committee of Public Safety, the French Republic descended into a bloodbath.

'The Terror' only came to end when Robespierre was devoured by the repressive machinery he'd created. This drama-documentary tells the story of the Terror and looks at how Robespierre's revolutionary idealism so quickly became an excuse for tyranny, and why a lover of liberty was so keen to use the guillotine.

Simon Schama and Slavoj Zizek are among the contributors.