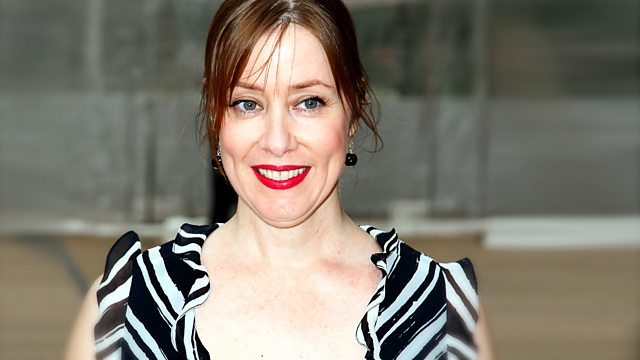 The Movie That Changed My Life
Episode 1 of 6

Please take your seats, switch off your mobile phones, Radio 2 is off to the movies...

"Nothing beats listening to film on the radio"

In an unforgettable collection of programmes, six well-known figures each choose their favourite movie - one that might have even changed their life. Our presenters have each selected a landmark film which they review with the assistance of an impressive line up of expert contributors. Their choice alone reveals something about them, but through the course of each programme, they also reveal more about their preoccupations, aspirations and obsessions at different times in their lives.

Programme One:
Suzanne Vega's Funny Face
Suzanne Vega chooses Funny Face: a stylish, romantic musical starring Audrey Hepburn and Fred Astaire. Mousey intellectual Jo Stockton is discovered in a Greenwich Village bookshop by Dick Avery, the
photographer for New York fashion magazine, Quality. Crowned the reluctant new face of the magazine, she is flown to Paris where she is to model the latest collection by France's leading designer. Jo, however, has her own motivation for visiting Paris: she wants to find Professor Flostre, the man behind the Empathicalist philosophy she follows. But when Jo finds she has to choose between Flostre and Avery, which way will she go? Directed by Stanley Donen with songs by George and Ira Gershwin and clothes by Givenchy, Funny Face is as charming today as when it was first released in 1957.

This episode is available until 7.00pm on 28th August as part of the Series Catch-up Trial.

See all episodes from The Movie That Changed My Life