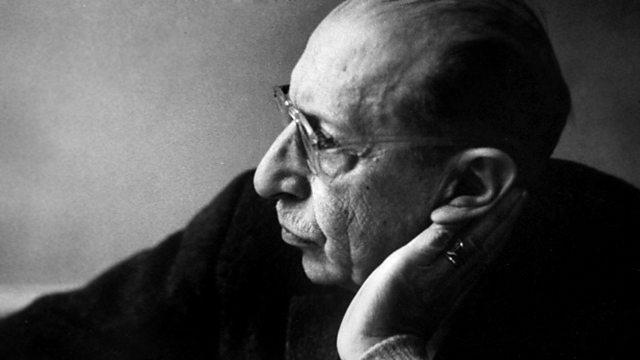 Donald Macleod looks at the years building up to Stravinsky's leaving Europe for America, when he was already writing works for American patrons. Workd include Praeludium.

From 1939 until his death in New York in 1971 Stravinsky made America his home. This week Donald Macleod explores this final chapter of the composer's life, looking at the impact his American experiences had on Stravinsky and his works. In the first programme, 'Looking West', Donald looks at Stravinsky's final years in Europe, when he was already composing works for American patrons, and leading a complicated private life, with his family ensconced in a grand chateau in South-Eastern France, and his mistress Vera in a Paris apartment. The tragic loss of his daughter, wife Katya and mother Anna within a few months in 1938 led him to feel that he no longer had ties to Paris, and he set sail for America in the autumn of 1939.