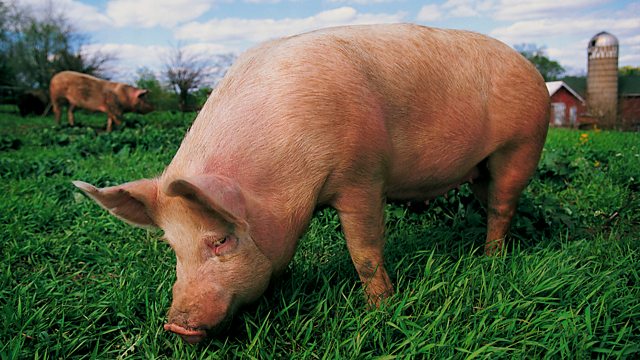 Causes of the Swine Flu Virus

Julian O'Halloran investigates claims that industrial-scale pig farms in America played a key role in exposing us to the swine flu virus.

Julian O'Halloran investigates claims that industrial-scale pig farms in America played a key role in exposing us to the swine flu virus.

Local people near the first known case in Mexico questioned the role of an American-owned industrial scale pig farm not far away. Any link was strenuously denied, however, and the US pork industry soon helped persuade medical authorities to drop the term 'swine flu'.

But for years American virologists have been studying the links between new and potentially risky flu viruses and farm animals. Whatever the role of pig farms in Mexico, experts say that parts of the current flu virus can be traced back to outbreaks of swine flu, then affecting only pigs, in several American states in 1998.

As Julian reports from the USA, the move to highly intensive pig farming methods by some companies has long been denounced by green groups and the animal welfare lobby, who allege massive damage to the environment, intolerable smells, and health risks to farm workers and their families. Now they are asking if factory farming conditions could have increased the dangers of a global flu pandemic.

Incompetence within the Learning and Skills Council