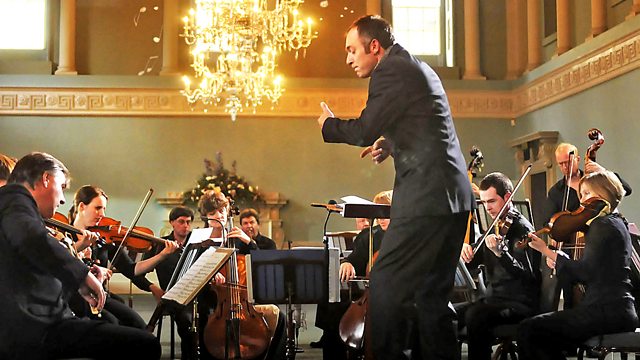 The Birth of British Music
Episode 3 of 4

Charles Hazlewood explores great composers' lives and music. He looks at the fascinating two-way relationship Haydn, an astute businessman, had with Britain.

In the third of four programmes exploring the development of British music, conductor Charles Hazlewood looks at the fascinating two-way relationship the great composer Haydn had with Britain.

Since Haydn was an astute businessman, it was no coincidence that he chose London as the place to make his personal fortune, taking advantage of the increasing demand for subscription concerts and the lucrative domestic market.

On a visit to the Royal Institution of Great Britain and to William Herschel's house in Bath, Charles explores how Haydn's fascination with musical form and structure in music ran alongside his great interest in science, including the structure of the universe. He also travels to Austria to visit the stunning Esterhazy Palace near Vienna where Haydn worked for over three decades, and to Scotland to investigate Haydn's rather curious association with some of our most famous Scottish folk songs.

See all episodes from The Birth of British Music