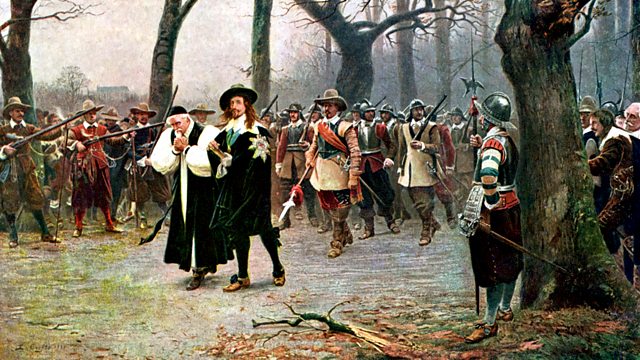 The Trial of Charles I

Melvyn Bragg and guests discuss the trial of Charles I, recounting the high drama in Westminster Hall and the ideas that led to the execution.

Melvyn Bragg and guests Justin Champion, Diane Purkiss and David Wootton discuss the trial of Charles I, recounting the high drama in Westminster Hall and the ideas that led to the execution.Begun on 20th January 1649, the trial culminated in the epoch-making execution of an English monarch. But on the way it was a drama of ideas about kingly authority, tax, parliamentary power and religion, all suffused with personal vendettas, political confusion and individual courage. It was also a forum in which the newly-ended Civil War and the events of Charles's reign were picked over by the people who had experienced them. Melvyn and guests recount the events of the trial, explore the central arguments and see whether, 350 years later, we can work out who really won.Justin Champion is Professor of the History of Early Modern Ideas at Royal Holloway, University of London; Diane Purkiss is a Fellow and tutor at Keble College, Oxford; David Wootton is Professor of History at the University of York.