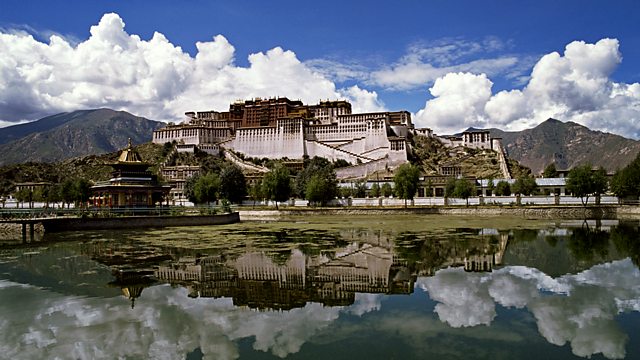 The Baby and the Buddha

After 26 years of isolated meditation in a mountain cave, Lama Konchog became one of the greatest Tibetan masters of our time. When he passed away in 2001 at 84, the Dalai Lama instructed his shy, devoted disciple Tenzin Zopa to search for his master's reincarnation. This 'unmistaken child' must be found within four years, before it becomes too difficult to remove him from his parents' care.

Tenzin entered the service of Lama Konchog at the age of seven, at his own request, and was with his master continuously for 21 years. The loss of his teacher leaves Tenzin bereft and he is further unsettled by the unexpected responsibility of carrying out the highly secretive search for his spiritual father, who is now expected to be embodied in a little boy and may be anywhere in the world.

His search crosses countries, passing through mountains and villages that appear to have remained unchanged for hundreds of years. Assisted by astrology, signs from dreams and the whispers of villagers, Tenzin travels by helicopter, mule and foot. When he comes upon an apparent contender, the documentary accompanies Tenzin and his young charge through the mysterious procedures that may confirm the reincarnation.

While the film brings to light a rarely seen aspect of the Buddhist faith, the true revelation is Tenzin's journey as a man. We come to know him as modest and shy, but with an impish sense of humour. He appears to be of another time and place, yet lives profoundly in the present. Alone on his quest, he is only able to share his thoughts and feelings with filmmaker Baratz. Tenzin's simple honesty and unselfconsciousness make the viewer a privileged partner in his passage.

Up for Debate - Team Qatar

The Jew who Dealt with Nazis - Killing Kasztner