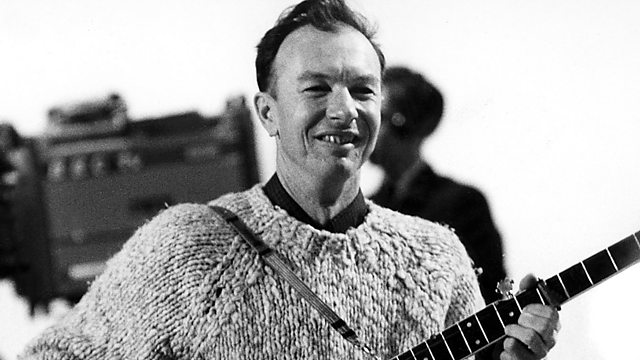 Pete Seeger in Word and Song

Vincent Dowd on the life and work of the late folksinger-cum-activist Pete Seeger, from his early days on the road to Obama's inauguration and beyond.

The folk-singer and activist Pete Seeger, who died earlier this year at the age of 94, was often known as "America's Tuning Fork".

His appearance at Barack Obama's first inauguration concert brought him to public attention once more.

Drawing on the BBC's extensive archive and on two recent new interviews with him, BBC World Service Arts Correspondent Vincent Dowd celebrates Seeger's life and examines his belief in the power of song.

Lucid and lively as ever, Pete spoke to Vincent as much about environmental and urban issues as about his lifelong commitment to disarmament and civil rights. Even at his grand old age, there was nothing predictable in his words- with refreshingly positive views about city life as the model of the future.

Above all, Seeger spoke about performing the Woody Guthrie song, This Land Is Your Land, with Bruce Springsteen outside the Lincoln Memorial for Barack Obama's inauguration. He also treated Vincent to an impromptu, unplugged version of This Land is Your Land.

Pete Seeger in Word and Song explores the continuing role of folk music in American political life while also celebrating the artist who brought the world songs such as Where Have All the Flowers Gone, If I Had a Hammer, Turn, Turn, Turn and new versions of spirituals such as We Shall Overcome.