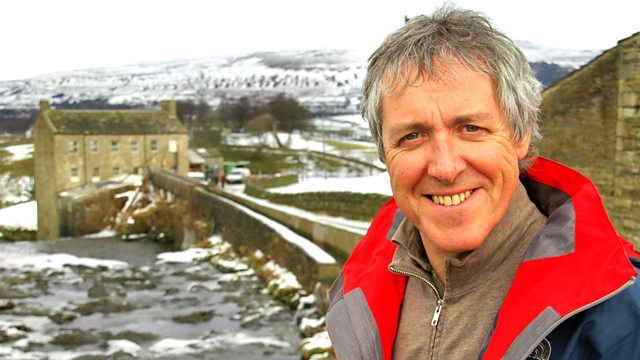 Griff Rhys Jones revisits some of the buildings featured in Restoration and the campaigners who captured the nation's heart, discovering what has happened since.

Restoration had a huge impact on how the nation thought about its deteriorating historic buildings. Over three series, Griff Rhys Jones introduced 72 architectural treasures. From crumbling castles to jewels of the industrial age, all with compelling cases, all in danger of being lost and all needing help. Viewers were invited to vote for the buildings they wanted to save.

In this one-hour special, Griff revisits some of the buildings and the campaigners who captured the nation's heart, discovering what has happened since. What will the future hold?

The Restoration Fund charity was founded to take care of the viewers’ vote money donated in each series and to award it to the buildings that had won each series. The Fund closes in 2014 as the viewers’ vote money and donations have been distributed and there is no further need for the charity to operate.
A small surplus remained from the viewer vote in the third series, Restoration Village, and The Fund awarded further grants to three eligible runners up:-

"The major restoration work which we have carried out would not have been possible without the success on Restoration. It has enabled us to intensify the use of the building, so we now have many more users and visitors and, for the first time in its history, Victoria Baths is actually meeting its operational costs.

"In 2007-08 the whole of the outside of the front block of the Baths was restored — this included re-slating the roofs, repairing rainwater goods, re-pointing brickwork and terracotta, replacing damaged terracotta and restoring every single window in this part of the building. Restoration Phase 1, which cost £3.8m, also included internal structural repairs to the Turkish baths suite and the mosaic entrance hall and reinstatement of glass block corridor.
"Restoration Phase 1+ took place 2009-10 and comprised the renovation of the roof of the Males 1st Class pool, costing £1m.

"Following these major phases, improvements were made to the visitor facilities at Victoria Baths — there is now a ramp providing full access to the ground floor of the building and there are new toilet facilities.

"Heritage Lottery Fund and English Heritage have been the major funders of the restoration work to date with other funders also contributing. Individual supporters have also made donations and work continues to take place most years, in particular to the building's stained glass windows. In 2013 we have reinstated the large AQUA window in the Gala pool, together with seven smaller windows depicting lilies."

— Gill Wright, the Chair of the Victoria Baths Trust

"On 08 August 2004, Kings Norton’s medieval buildings won BBC Two’s television series Restoration after an intense and widely-supported campaign. It was an astonishing victory. However, the real work had only just begun. After two years of intensive research, consultation, negotiation and planning, construction began in February 2007 and the restored buildings were opened in June 2008, on budget and more or less on time.

"One major aspect of the project was the huge voluntary commitment by church and community members to every part of the work. Like the Restoration 2004 campaign, it was a deep partnership."

"The local church still bears final responsibility and still contributes heavily to ensure that Saint Nicolas' Place is there for all, now and for the future. Without Restoration 2004, we could not have done it; but every year we still need to work together in the same way to ensure that these precious buildings remain alive to inspire and to welcome at the heart of Kings Norton. Each year, that requires well over £100,000. After some challenging times, income is now growing slowly. We make every effort to keep running costs as low as they can possibly be; but if these buildings are to remain open for all to enjoy, we need the same support now as we received so wonderfully in 2004.

"Winning Restoration was hugely significant for all of us. It was however only the biggest moment in the struggle to ensure that these precious buildings remain safe and open for all. We shall always be grateful for those who supported us and even more for those who have stayed with the long hard work to ensure that the joy of that unforgettable night turned into the reality we now see."

"We began work restoring Chedham's Yard in 2006, after winning BBC Restoration Village in 2006. Over the next six years, we continued to preserve the site and make it accessible to the public. Whole sections of the workshops were rebuilt, artefacts were removed, painstakingly cleaned and returned to their original position; new bellows were made allowing the team to fire up the forge and breathe life back into the buildings. A new visitor centre was built housing a small cafe, retail area, film room and seating area as well as providing storage for some of our collections.

"In 2007 the floods that hit the Midlands poured through the Yard undoing months of hard work but the team picked themselves up and carried on, never wavering in their determination to see Chedham's Yard saved for the public and open for all to see.

"The Yard finally opened its doors in 2012 and since then has welcomed almost 3000 visitors. It continues to enchant visitors with the feeling that they have stumbled across something truly special and shares the unique history of this village industry. Visitors appreciate the sensitive restoration and marvel at the enormity of the work that faced the volunteer team at the beginning of the project. We now have over 50 volunteers working together for the future of the Yard and are increasing our work with the local community and schools to ensure Chedham's becomes a sustainable, volunteer run heritage site.

"When we applied for BBC Restoration Village the future of the Yard looked bleak; thanks to the financial support and advice we have received from BBC Restoration Fund we have been able to save this unique example of a lost way of life."