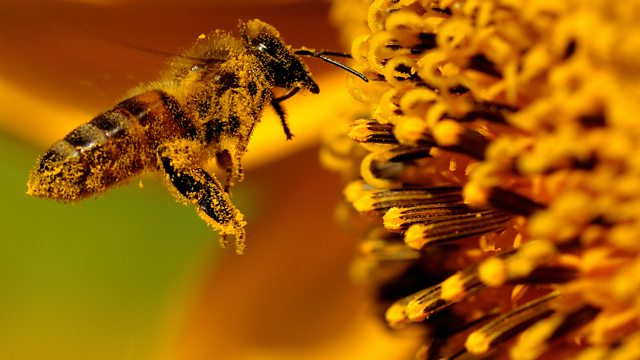 Who Killed the Honey Bee?

Bees are dying in their millions. It is an ecological crisis that threatens to bring global agriculture to a standstill. Introduced by Martha Kearney, this documentary explores the reasons behind the decline of bee colonies across the globe, investigating what might be at the root of this devastation.

Honey bees are the number one insect pollinator on the planet, responsible for the production of over 90 crops. Apples, berries, cucumbers, nuts, cabbages and even cotton will struggle to be produced if bee colonies continue to decline at the current rate. Empty hives have been reported from as far afield as Taipei and Tennessee. In England, the matter has caused beekeepers to march on Parliament to call on the government to fund research into what they say is potentially a bigger threat to humanity than the current financial crisis.

Investigating the problem from a global perspective, the programme makers travel from the farm belt of California to the flatlands of East Anglia to the outback of Australia. They talk to the beekeepers whose livelihoods are threatened by colony collapse disorder, the scientists entrusted with solving the problem, and the Australian beekeepers who are making a fortune replacing the planet's dying bees. They also look at some of the possible reasons for the declining numbers - is it down to a bee plague, pesticides, malnutrition? Or is the answer something even more frightening?