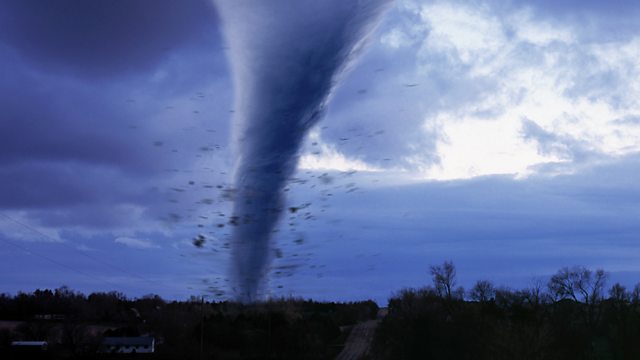 The Weather
Episode 3 of 3

Documentary series about the weather looks at wind, caused by the interaction of temperature, pressure and the earth's rotation, which took scientists over 1,000 years to explain.

Documentary series about the weather. This episode looks at wind - a phenomenon caused by the interaction of temperature, pressure and the earth's rotation, which took scientists over a thousand years to fully explain.

We witness some remarkable wind-related stories, such as the tornado that flung Dorothy Allwright and her caravan into the air, and how Scottish engineer James Blyth invented the first electricity-producing wind turbine in 1887.

Once we looked to the gods to explain the wind, until science unlocked its mysteries. Today, we may have come to understand the wind, but we have also realised that we will never master it, and that this elemental force cannot be ignored.

See all episodes from The Weather