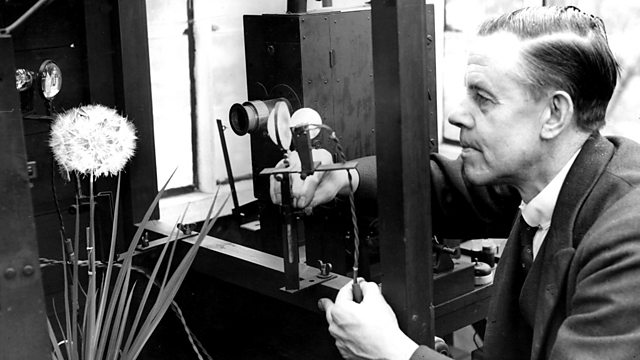 Tim Boon tells the story of Percy Smith, natural history film pioneer, who made movies in his back garden in the 1920s.

Percy Smith was the greatest pioneer of the natural history film-making - tackling subjects from flies to slime mould.

During the 1920s in his principal studio, the back garden of his home in north London, he developed innovative microscope - and time-lapse photography which still looks impressive today.