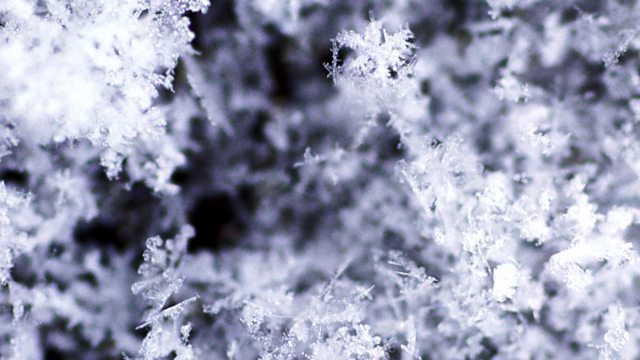 The Weather
Episode 2 of 3

A journey into the world of the snow crystal, as science explains a notorious episode in British Rail's history and why a British company is the world's leading snow producer.

Documentary series about the weather. This episode looks at snow, that most fleeting and beautiful of elements which endlessly fascinates us.

Using rare footage, we journey into the microscopically small world of the snow crystal, finding out how a snowflake forms and why it is always six-sided.

The science of snow tests British Rail's claim that the snow that crippled their rolling stock in 1991 really was the 'wrong type of snow', and explains how, thanks to a scientific discovery, a British company became the world's leading producer of snow.

See all episodes from The Weather