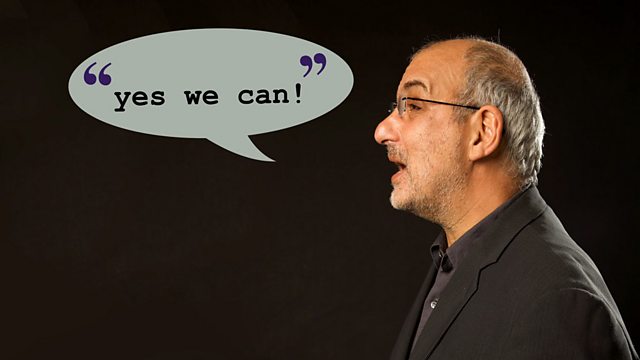 Yes We Can! The Lost Art Of Oratory

Looking at the art and history of the political speech. What makes a good speech great? And has Barack Obama brought eloquence back to 21st-century politics for good?

The remarkable election of Barack Obama to the presidency of the United States has been propelled as much by his exceptional skill as an orator as by any other factor.

From the silver-tongued to the tongue-tied, the sublime to the ridiculous, this programme takes a fond look at the art and history of the political speech.

Alan Yentob joins the crowds at the inauguration in Washington, and traces the awesome power of orators from Cicero onwards, via Cromwell, Lincoln, Churchill, Hitler, Martin Luther King and many others.

What makes a good speech great? How much is content, how much is presentation? And has Obama brought eloquence back to 21st-century politics for good?

The Stones in Exile