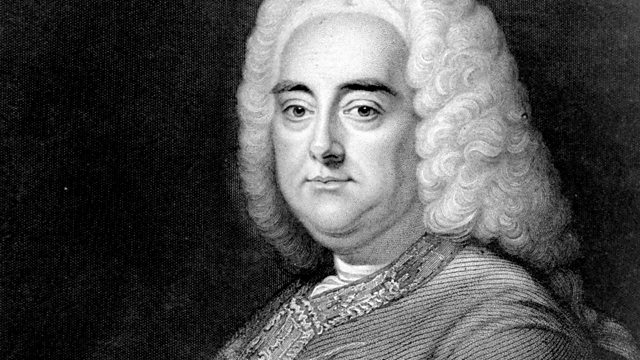 BBC business correspondent Peter Day explores Handel's success on the stock market and the financial matters involved in putting on operas and oratorios in 18th-century London.

Peter Day, BBC Business Correspondent looks at Handel's extraordinary success on the stock market and looks into financial matters involved in putting on operas and oratorios in eighteenth century London.

Handel speculated in the newly formed London stock market throughout his life in the capital. Strikingly, he put money into South Sea stock in 1716 when prices were low and had sold up by 1720 when the South Sea credit bubble burst in one of the great financial cataclysms in fiscal history. Many others lost fortunes, including Sir Isaac Newton, warden of the Royal Mint. Handel profited handsomely and, while others shied away from the uncertainties of speculation, he continued to invest throughout his life. From 1744 Handel's investments just grew and grew.

Talking to Handel experts and financial historians, Peter Day enters the tough economics of eighteenth century music making and visits the Bank of England to see Handel's extravagant signature on numerous ledgers as he traded annuities.