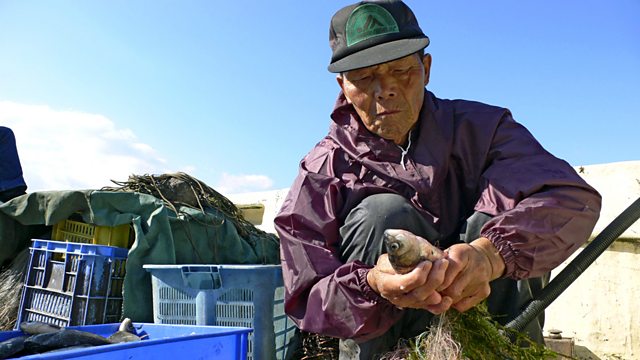 Of all the island nations on Earth, there is, perhaps, none quite so obsessed by fish as Japan. Whether for food or entertainment, fish are at the very core of Japanese identity. From their reverential love of jewel-like koi to the seemingly barbaric world of scientific whaling via the submarine ballet of the drive hunt, there are few corners of Japanese culture that have not been shaped by reference to fish.

Trying to comprehend this 'alien' culture, Charles embarks on a six-week odyssey through Japan, determined to use his love of fish and fishing as the common point of interest between himself and those he meets along the way. Since he loves fish possibly even more than the Japanese, they must have plenty in common...