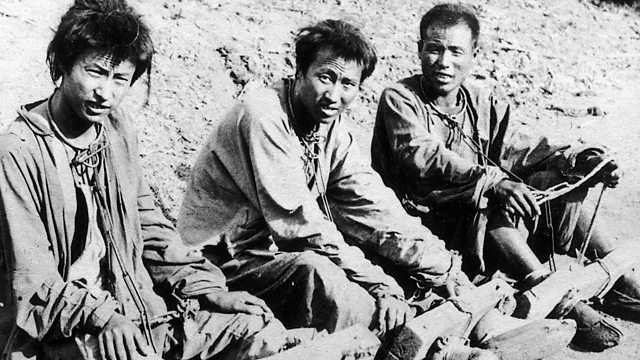 Melvyn Bragg and guests discuss the Boxer Rebellion, when the Society of Righteous and Harmonious Fists purged China of foreign influences in the summer of 1900.

In the hot summer of 1900, Peking, the capital of China, was under heavy siege. But the surrounding forces were not foreign, they were Chinese. This was the Boxer Rebellion, the moment when the 'Society of Righteous and Harmonious Fists', known as the boxers, purged China of foreign merchants and missionaries. The Boxers had came out of the northern provinces, they claimed their fists were stronger than fire and they were invincible to bullets. But they were also desperate and starving and they blamed foreigners for their plight. In the end, the Boxer rebellion failed but it changed China and, more than a hundred years later, the spirit of the Boxer Rebellion lives on. They may have lost their battles but they may have won their war.

The Library of Alexandria

The School of Athens