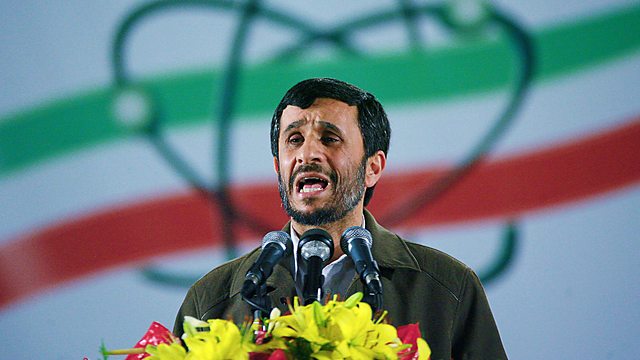 Iran and the West
Episode 3 of 3

Documentary series. Contributors including Iran's President Khatami tell the inside story of the West's continuing nuclear confrontation with Iran.

In part three of this landmark series from Norma Percy and the team that made the multi-award winning documentaries The Death of Yugoslavia and Elusive Peace: Israel and the Arabs, contributors including Iran's President Khatami tell the inside story of the West's continuing nuclear confrontation with Iran. The film also shows a rare moment when they worked together.

US State Department insiders tell how, after 9/11, Iran played a key role in helping America to topple the Taliban in Afghanistan - only for President Bush to put Iran into his 'axis of evil' immediately afterwards. Jack Straw, then foreign secretary, and President Khatami describe how Iran offered to help the US and its allies in their war against Saddam Hussein - help that, given Iran's powerful contacts in Iraq and the West's subsequent difficulties there, might have made a crucial difference.

Jack Straw, his successor Margaret Beckett, and Joschka Fischer of Germany describe how they struggled to find a compromise between Iran and President Bush's hardliners over Iran's nuclear programme. John Sawers at the UN reveals an extraordinary secret deal that Iran proposed a few years later.

See all episodes from Iran and the West