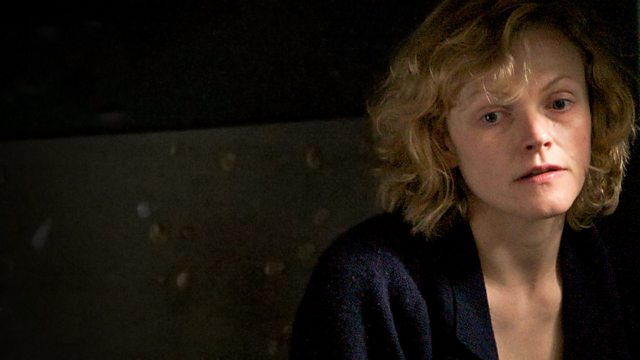 This Repulsive Woman by Christopher Reason. A woman tried and convicted of an offence under the Protection of Children Act 1978 is interviewed by a probation officer.

This Repulsive Woman
By Christopher Reason

The first of two linked dramas about a fictional high profile court case. Deborah Hurst has been tried and convicted of an offence under the Protection of Children Act 1978. For the general public, hanging would be too good for her. She is awaiting sentence and is now considered the most notorious woman in the country. In this real-time drama a probation officer conducts his assessment of 'This Repulsive Woman'.

Debbie is awaiting sentence and is now considered the most notorious woman in the country. She allowed her daughter Paige to dance semi-naked on the internet for paedophiles. Tony Jukes (Neil Dudgeon) works as a Probation Officer and is responsible for drawing up a pre-sentence report for the Court to consider. This real-time drama plays out the meeting between these two characters as the probation officer conducts his assessment of 'This Repulsive Woman'. For Deborah "It were nowt". But Tony digs deeper, trying to uncover what caused a mother to commit such an appalling crime. Is Debbie Hurst depraved or deprived?

Christopher Reason's television credits include 'Eastenders', 'The Golden Hour' and 'The Bill'. His writing for radio includes 'The Good Soldier Svejk', 'A Second to Midnight', and 'The Age of Innocence'.
Maxine Peake played Myra Hindley in 'See No Evil' and Veronica in three series of 'Shameless'. Neil Dudgeon has appeared in many TV dramas including 'Messiah', 'Sorted' and 'The Street'.

'Every Child Matters' which explores the repercussions of the case broadcasts tomorrow at the same time.

My Name is Iqbal Masih