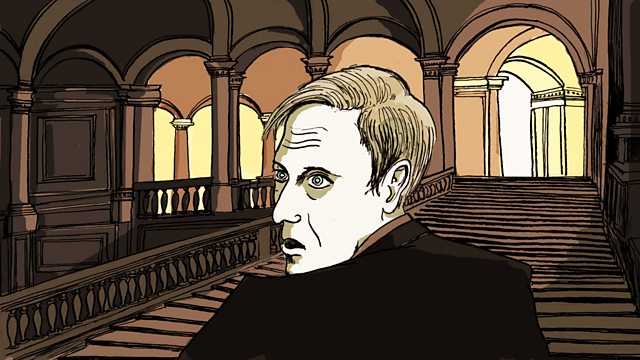 The Complete Ripley
Episode 1 of 5

by Patricia Highsmith. Ian Hart stars as charming, cultured Tom Ripley, Patricia Highsmith's mischievous anti-hero with a taste for the finer things in life. In the first of five Ripley novels Tom is barely one step ahead of his creditors when a stranger offers him a free trip to Europe and a fresh start. Tom wants money and success and he is willing to kill for it.

Tom Ripley detests murder unless it is absolutely necessary. He prefers someone else to do the dirty work. But if he's called on to act there is no one more cool, calculating and clever. Radio 4 brings all Patricia Highsmith's Ripley novels together in a thrilling series on five successive Saturdays. Written over 35 years Patricia Highsmith kept being drawn back to her hedonistic, charming, cultured and mischievous anti-hero who has a taste for the finer things in life. Always on the edge of being discovered, Ripley appeals to the amoral instinct in all of us. These are unique and complex crime novels with a brilliantly twisted centre.

Ian Hart stars as Tom Ripley. A BAFTA Award winning actor, Ian Hart has starred in projects as varied as Land and Freedom, The Hound of the Baskervilles, A Cock and Bull Story, Blind Flight and Harry Potter.

"Highsmith's novels are peerlessly disturbing, bad dreams that keep us thrashing for the rest of the night." THE NEW YORKER.

See all episodes from The Complete Ripley