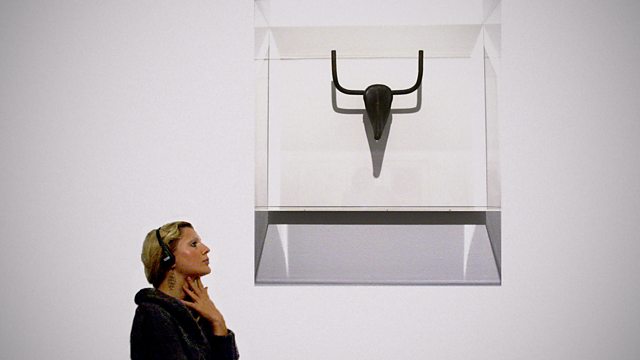 The Art of Litter

John Wilson explores the reasons why some artists use rubbish in their work. With Sir Peter Blake and Gavin Turk. From 2009.

Beginning in the 1950s, Keep Britain Tidy has been encouraging us to think about our rubbish.

Through campaign after campaign they have attempted to shock, amuse and cajole us into thinking about how we dispose of our litter and the consequences of not putting it in the bin.

And yet the detritus continues to pile up and despite the ugliness and potential harm it brings to our environment, it has increasingly become a resource for artists.

Going back over 100 years, the likes of Picasso, Dali, Georges Braque and Joan Miro have all used discarded objects in their art. But in the last few decades there has been an explosion of artists using 'found objects' in their work to communicate many different messages about waste, consumerism and the dispensability of modern life.

To explore these themes, John Wilson talks to the father of Brit-pop art, Sir Peter Blake, to Gavin Turk, one of today’s provocative YBAs [Young British Artists], and chats to Fran Crowe as she walks along the beach collecting the litter she needs for her work.

Fran is a campaigner and artist in equal measure – engaging in performance art with the rubbish she finds near her Suffolk home.

Sir Peter Blake celebrates litter and constantly challenges himself to create something of aesthetic value from a pile of junk.

Meanwhile sculptor, Gavin Turk [and his stuffed black bin bags and used plastic cups cast in bronze] looks for the beauty in objects that have been thrown away

Why are these artists [and others] attracted by other people's trash?