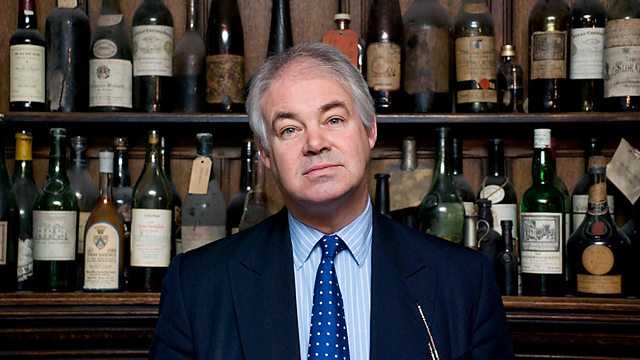 Documentary series about the wine industry, taking a look at how the credit crunch is threatening Berry Brothers and Rudd, one of the world's poshest wine merchants.

Documentary series about the wine industry, taking a look behind the scenes at Berry Brothers and Rudd, widely considered to be the oldest and poshest wine merchant in the world.

After 310 years of business, there is still a Mr Berry at the helm as bombs, wars, kings and queens have come and gone, but this charmed existence may be under threat as the credit crunch bites deep. The film unwittingly becomes a chronicle of the changing world order, where the super-rich look alarmingly as though they are about to turn into the ancient regime.

Quaint anachronism it might seem from the outside, but this is the firm that turned fine wine into the sine qua non of the super-rich. Everyone here - from Berry's larger-than-life Bordeaux and Burgundy buyers to the eccentric and ambitious chateau owners and producers they do business with - services what seemed to be the ever-increasing demand for the finest wines available to humanity, until the rot creeps in and threatens three centuries of history.

See all episodes from Wine