The Evolution of Language - The Great Frost of 1709

The Evolution of Language
Quentin Cooper investigates the cultural and genetic evolution of language.

Professor Nick Chater of University College, London, believes that the evolution of language is cultural, rather than genetic. He argues because language is so unstable and quick to change, it is a creation of culture, and is bolted onto humans' biological abilities to adapt and process changing information.

While Professor Mark Pagel of Reading University builds family trees for the words in a language, linking them to their cousins and ancestors. He has identified some meanings whose words evolve slowly enough to have time depths of at least 20,000 years, making them candidates for deep reconstruction of prehistoric, Neolithic languages. Professor Pagel has also shown how up to a third of the words in a language can change quite rapidly if a group of people split off and form a culturally or geographically new society.

The cold was so intense (Italian ports froze over) that the Royal Society commissioned one its fellows, Rev. William Derham, to compile a report on its effects across the continent.

Climatologists are trying to construct a detailed history of the whole Little Ice Age in order to test modern climate computer simulations to improve predictions of future climate change.

Quentin hears how the captains’ logs of 1709, and market reports from the 17th Century are helping in that effort.

Emil Abderhalden - The End of Gaia 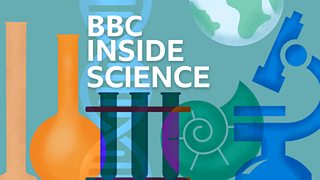