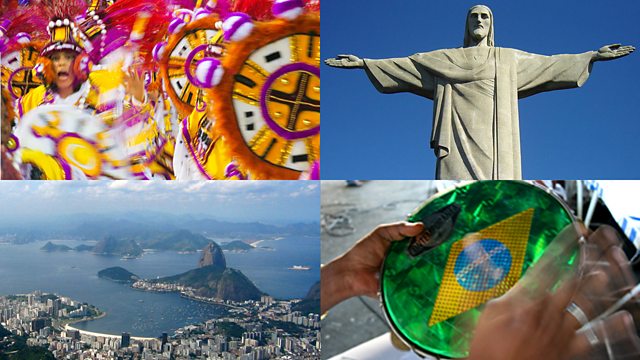 Lucy Duran travels to northeast Brazil and Rio to record music associated with the carnival. Featuring music from the Afro-Brazilian Candomble cult and singer Ranata Rosa.

As part of series of programmes celebrating the Brazilian carnival and its music, Lucy Duran travels to two places famous for their Carnivals - Recife in the Northeast and Rio de Janeiro in the Southeast.

She records music from the Afro-Brazilian Candomble cult as well as singer Ranata Rosa. In Rio, she visits Brazil's biggest slum to attend its first carnival rehearsal of the year, and meets one of the city's most decorated samba groups, Velha Guarda - the old guard - of Portela.

Rio, the samba and Mart'nalia—Brazil 2008, World Routes in Brazil: Carnival