BBC Four
Darwin's Struggle: The Evolution of the Origin of Species
Main content 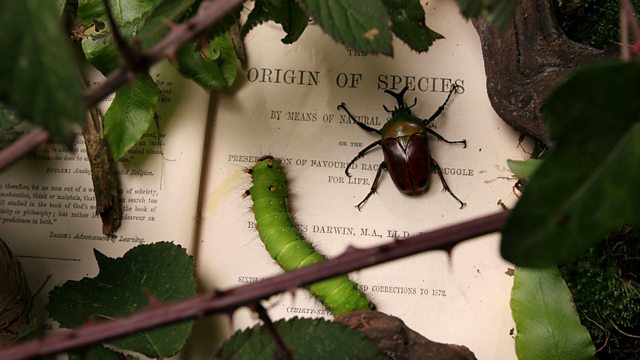 Darwin's Struggle: The Evolution of the Origin of Species

Documentary telling the story of how Darwin came to write On the Origin of Species, which took 20 years of personal struggle as turbulent as that of the natural world he observed.

Documentary telling the little-known story of how Darwin came to write his great masterpiece On the Origin of Species, a book which explains the wonderful variety of the natural world as emerging out of death and the struggle of life.

In the 20 years he took to develop a brilliant idea into a revolutionary book, Darwin went through a personal struggle every bit as turbulent as that of the natural world he observed. Fortunately, he left us an extraordinary record of his brilliant insights, observations of nature, and touching expressions of love and affection for those around him. He also wrote frank accounts of family tragedies, physical illnesses and moments of self-doubt, as he laboured towards publication of the book that would change the way we see the world.

The story is told with the benefit of Darwin's secret notes and correspondence, enhanced by natural history filming, powerful imagery from the time and contributions from leading contemporary biographers and scientists.