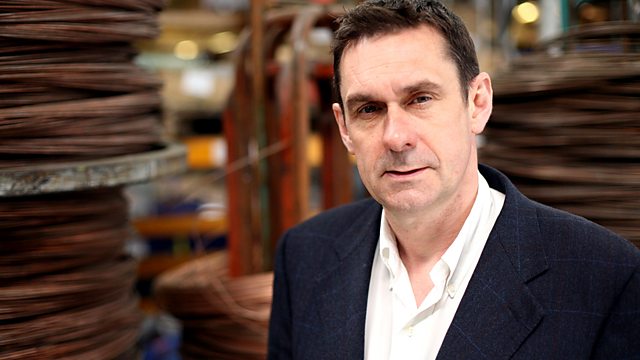 The Money Programme's Max Flint travels to the US Virgin Islands to hear the arguments of a leading critic of commodity speculation.

Last year the price of crude oil shot up to a record high of $147 a barrel with devastating consequences for many businesses. Although the price has now fallen, were financial speculators to blame for the volatility? Many critics think so. They say speculators who buy up contracts for commodities like oil and food, artificially inflate the price. And this, they say, has contributed to the economic downturn.

The Money Programme's Max Flint travels to the US Virgin Islands to hear the arguments of a leading critic of commodity speculation and also to Switzerland to put the criticism to a leading commodity investment firm. It's not just a theoretical economic argument. Last year's rise in oil prices had real consequences for many people. Max Flint travels to Scotland to meet the choir whose keenly anticipated trip to Canada was jeopardised when their airline went bust, and the man who blames rising fuel prices for the loss of his business.

Fast Bucks: How Porsche Made Billions

See all episodes from Money Programme