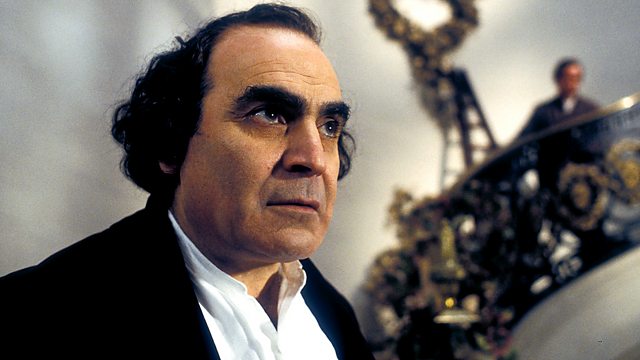 Kirsty Young's castaway this week is the actor David Suchet. He has won armfuls of awards for his work - most recently an Emmy for his portrayal of Robert Maxwell - but he is best known for the character he has been associated with for 20 years, Hercule Poirot.

His approach to his work is meticulous and he says he has to inhabit each role he takes on. In this illuminating interview he recalls how, early in his career, a psychologist showed him how to shed his character at the end of each performance otherwise, he found, the edges between his own life and those of the person he was playing became blurred.

Favourite track: When I Fall In Love by Nat King Cole
Book: Magnum Magnum by Brigitte Lardinois
Luxury: His clarinet and an unlimited supply of reeds.