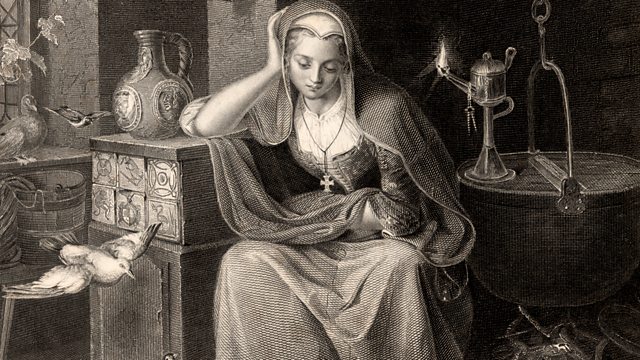 Melvyn Bragg and guests discuss the fairy tales collected by the Brothers Grimm and what they can tell us about the German imagination and 19th-century romantic nationalism.

Melvyn Bragg discusses the fairy tales of the Brothers Grimm with Juliette Wood, Marina Warner and Tony Phelan. The German siblings who in 1812 published a collection of fairy tales including Rapunzel, Hansel and Gretel, Cinderella and Rumpelstiltskin. But the Grimm versions are surprisingly, sometimes shockingly, different. Cinderella has no fairy godmother, her ugly sisters are not ugly but they do have their eyes pecked out by pigeons. Sleeping Beauty does not have an evil stepmother, Rapunzel is pregnant and Frog Princes do not get kissed but thrown against walls. They may not be the fairy tales as we know them, but without the Brothers Grimm we might not know them at all. But why did two respectable German linguists go chasing after fairy stories, what do the stories tell us about German culture and romantic nationalism at the time and why do these ever-evolving tales of horror, wonder and fantasy continue to hold us in thrall?With Juliette Wood, Associate Lecturer in Folklore at Cardiff University; Marina Warner, Professor in the Department of Literature, Film and Theatre Studies at the University of Essex; Tony Phelan, Professor in German at Keble College, Oxford.