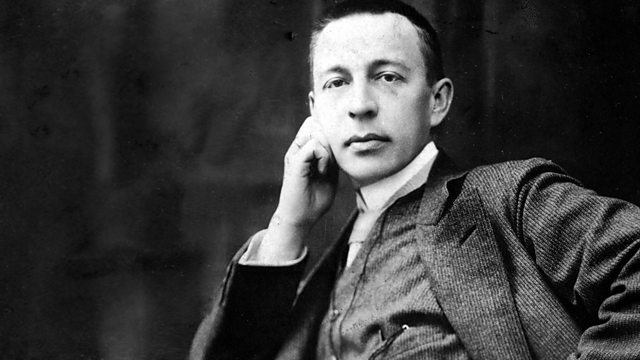 Donald Macleod focuses on Rachmaninov after the Russian Revolution, following his escape to Stockholm and then his move to the United States.

In this week's edition of Composer of the Week, Donald Macleod explores the life and music of Sergei Rachmaninov.

In the concluding programme of this week, Donald Macleod looks at Rachmaninov after the Revolution - his escape to Stockholm, his passage to the United States, and the new career he built for himself there. To his constant regret it was a career that left little time for composition; 39 of Rachmaninov's 45 opuses were written before he left Russia.

Nonetheless, he created some of his best-loved music in this final phase of his life; Donald Macleod introduces the composer's own performance of the Rhapsody on a Theme of Paganini, as well as extracts from his 3rd Symphony and his Symphonic Dances in their original version for two pianos, thrillingly performed by two present-day Russian pianists, Dmitri Alexeev and Nikolai Demidenko.