BBC One
Stabbed: The Truth About Knife Crime
Main content 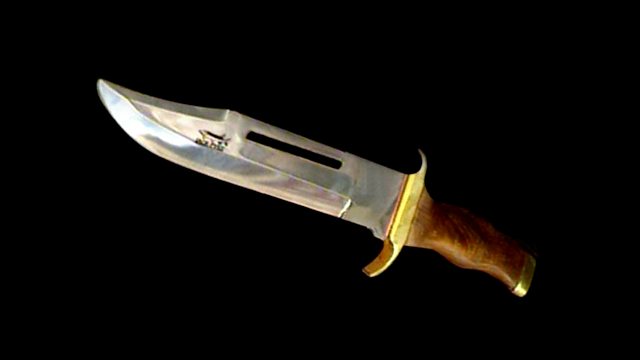 Stabbed: The Truth About Knife Crime

Documentary looking at Britain's knife crime epidemic, with the police, local councils and relatives of youths who have been stabbed to death, as well as a few who have survived.

Inside Britain's knife crime epidemic, with the police, local councils and relatives of teenagers who have been stabbed to death.

Mothers, sisters and survivors reveal why they are releasing CCTV footage of fatal stabbings and opening coffins to shock the nation into action.

The police unveil a new anti-gang strategy which warns parents about the secret street lives of their sons, and Trading Standards Officers use a 13-year-old boy to show how shopkeepers are selling lethal weapons to children.

In Scotland, teenagers involved in the spiral of gang-driven knife violence talk for the first time about being stabbed and wearing the scars with pride, and criminologists explain why Glasgow is the knife crime capital of Britain.

And, in London, one reformed knife-carrier confesses: "I know people, including myself at one time, that say 'I feel naked if I don't have my knife on me.'".