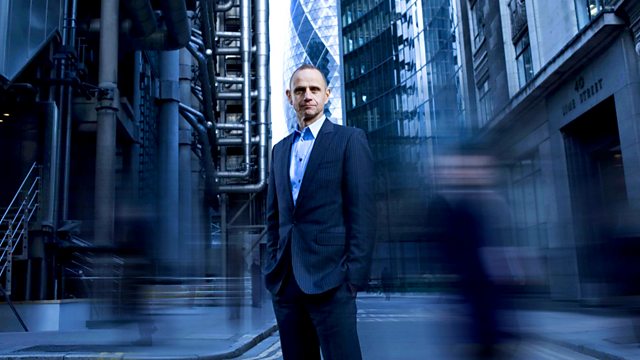 Banks and How to Break Them

The City Uncovered with Evan Davis
Episode 1 of 3

Evan Davis reveals the role the banks played in the biggest financial chaos in living memory. Evan explains exactly how a bank is supposed to work.

In the first of three documentaries lifting the lid on the crisis in global finance, the BBC's former economics editor and Today presenter, Evan Davis, applies his customary insight and wit to reveal the role the banks played in the biggest financial chaos in living memory.

To find out what went so badly wrong, Evan returns to first principles, and explains exactly how a bank is supposed to work and what happened when banks abandoned their traditional role.

Evan traces the rise and fall of two banks whose collapse symbolises the wider catastrophe - Northern Rock and Lehman Brothers. Just why did the UK experience its first run on a high street bank since the mid 19th century? And what prompted a giant of Wall Street to collapse in the biggest bankruptcy in history?

See all episodes from The City Uncovered with Evan Davis