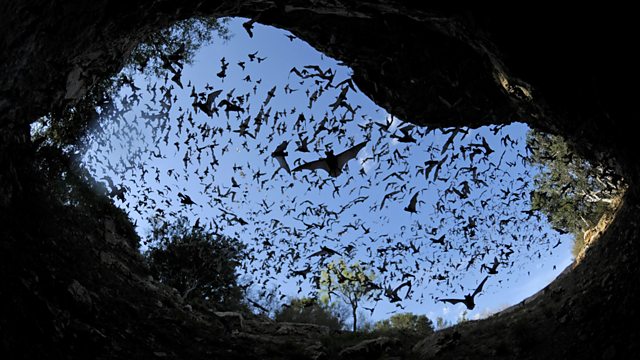 One Million Heads, One Beautiful Mind

Millions of free-tailed bats form a living tornado in which complex information is exchanged. Huge shape-shifting shoals of herring use swarm intelligence to detect predators. Billions of alkali flies form a rolling wave to evade the gaping mouths of gulls. Vast numbers of shore birds synchronise their migration with swarming horseshoe crabs, a feat of timing unparalleled in the animal world.

Fire ants invade and destroy computer equipment and, when their nest is flooded, create living rafts with their bodies. Inside a driver ants' nest we discover the inner workings of a brain made from thousands of individuals. One swarm is even helping to save the planet from the greenhouse effect.

Incredible images show the true complexity of the swarm and how their intelligence impacts on our world.

See all clips from One Million Heads, One Beautiful Mind (2)