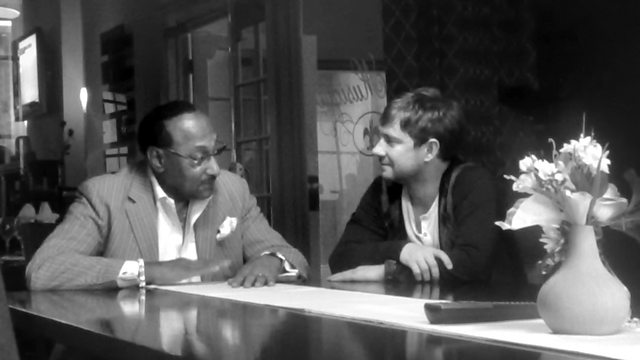 A Culture Show special marking the 50th anniversary of Motown Records. Actor and fan Martin Freeman meets the men and women who played a part in Motown's success.

In this Culture Show special marking the 50th anniversary of Motown Records, actor and Motown fan Martin Freeman takes the trip of a lifetime. Visiting both Detroit and LA, he encounters the men and women, from the world famous to the unsung, who played a part in the massive success story that was Motown.

In Detroit he meets, amongst others: Duke Fakir of the last surviving member of the Four Tops; Sylvia Moy, who wrote the lyrics for Stevie Wonder's Uptight; Motown producer Clay McMurray, who used to work in Quality Control for the label and pushed for the release of Stevie Wonder's My Cherie Amour; former DJ Scottie Regan whol played early Motown on white radio stations. Martha Reeves, lead singer of Martha and the Vandellas, now a Detroit councillor. Plus three of the original Funk Brothers, the backing musicians who were so key to the development of the Motown sound in the Sixties: guitarist Eddie Willis, bass player Bob Babbitt and drummer Uriel Jones.

From Detroit, Martin travels to Los Angeles, following the same path that Motown itself took when the record label moved West in 1972. Here he meets more of the Motown stars: three of The Jackson 5 - Marlon, Tito and Jackie Jackson; Mary Wilson of The Supremes and Otis Williams of The Temptations. Songwriters Lamont Dozier and Brian and Eddie Holland talk to Martin about their string of hits for the label, including Where Did Our Love Go and Reach Out.

With musical interludes throughout, this is the Motown story from a real fan's perspective.