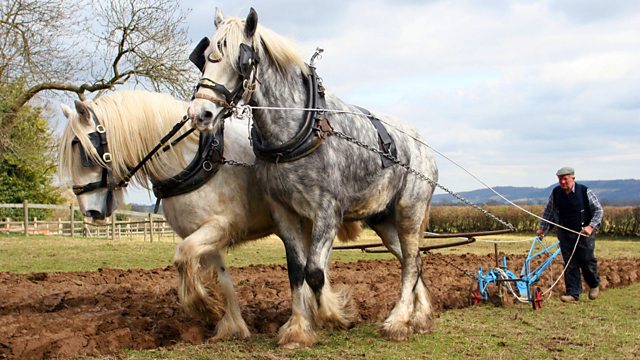 Historical observational documentary series following a team who live the life of Victorian farmers for a year. Their first task is the restoration of the cottage.

Historical observational documentary series following a team who live the life of Victorian farmers for a year. Wearing period clothes and using only the materials that would have been available in 1885, historian Ruth Goodman and archaeologists Alex Langlands and Peter Ginn are going back in time to relive the day-to-day life of the Victorian farmer.

The project is based on the Acton Scott estate in Shropshire - a world frozen in time, lost in Victorian rural England. Its buildings and grounds are cluttered with antique tools and machinery collected by the Acton family, who have lived on the estate since the 12th century.

Working for a full calendar year, Ruth, Alex and Peter are rediscovering a lost world of skills, crafts and knowledge, assisted by an ever-dwindling band of experts who keep Victorian rural practices alive.

The team move into a Victorian smallholding on the Acton Scott estate that has not been used in nearly half a century. Their first task is the restoration of the cottage. As incoming tenants, they help thresh the previous summer's wheat crop, their first experience of steam-powered machinery. Alex attempts to sow a wheat crop using horse-power. Ruth and Peter install a range in the cottage and take a trip to the canals to load up on coal. It's time for the apple harvest, so Alex and Peter turn their hand to making cider. Ruth explores the challenges of Victorian cooking by making preserves ready for winter and cooks her first meal on the range. And the team must learn shepherding skills the hard way as the first livestock arrive on the farm - a flock of Shropshire ewes.

See all episodes from Victorian Farm 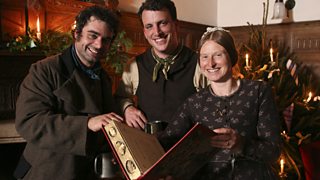 Make your own traditional Victorian Christmas.