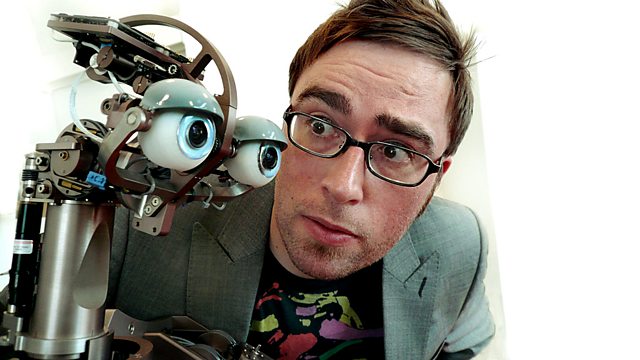 Danny Wallace circumnavigates the globe searching for a robot that can walk and talk like him. He discovers that the robotics world is as weird as it is insanely complicated.

Danny Wallace really wants a robot. He wants it to walk like him and talk like him. It's what scientists have been promising us for generations but it's a promise so far unfulfilled. Danny circumnavigates the globe searching for robot nirvana and trying to uncover how far away his dream is.

He discovers that the robotics world is as weird as it is insanely complicated. During his quest he meets a Japanese man who makes copies of himself and his daughter, an Italian who claims he's found the key to human intelligence in a video game and a Singaporean whose less than promising looking homage to Dusty Bin, might just turn out to be the robot of Danny's dreams.