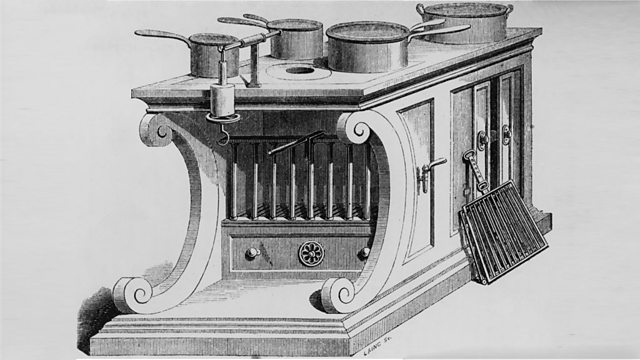 Jonathan Freedland examines the parallels between celebrity chefs with social agendas and the 19th century chef Alexis Soyer, who captured the public imagination with his cooking.

Jonathan Freedland presents the series that looks for the past behind the present.

He examines the parallels between today's celebrity chefs with social agendas and the 19th century chef Alexis Soyer, who became a household name and captured the British public imagination with his revolutionary approach to cooking and eating.

Image: An engraving by Laing of Soyer's Modern Housewife's Kitchen Apparatus, circa 1850. The invention of French chef Alexis Soyer, it boasts an open roasting fire, a hot water boiler, a baking oven, a broiling stone and a hot plate.

The Creation of the Bank of England