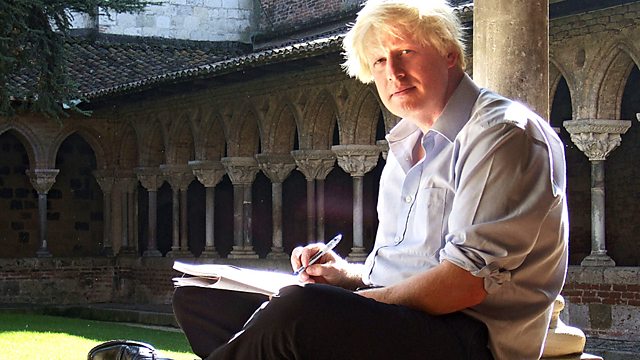 After Rome: Holy War and Conquest
Episode 1 of 2

Boris Johnson investigates the beginnings of what some call 'the clash of civilisations' between Christianity and Islam. This first programme looks at the early history of Islam.

In the first episode of this two-part series, Boris Johnson travels to France, Spain, Egypt, Israel, Syria and Turkey to investigate the early beginnings of what some people now call 'the clash of civilisations.' This is the idea that the two historically opposed religious cultures of Christianity and Islam are locked into a never-ending cycle of mutual antipathy, distrust and violence.

Is this really true? There have been many 'clashes' between Christianity and Islam in the period Boris Johnson examines in this series, 632 to 1492. But the real historical picture is far more subtle, interesting and optimistic than the clichés of a clash of civilisation might suggest.

This first programme looks at the early history of Islam; the extraordinary series of conquests that gained for it half the territories of the old Roman empire in just 80 years; the rich and sophisticated civilisation Islam produced; the relationships between Muslims, Jews and Christians; and the background to the crusades.

See all episodes from After Rome: Holy War and Conquest